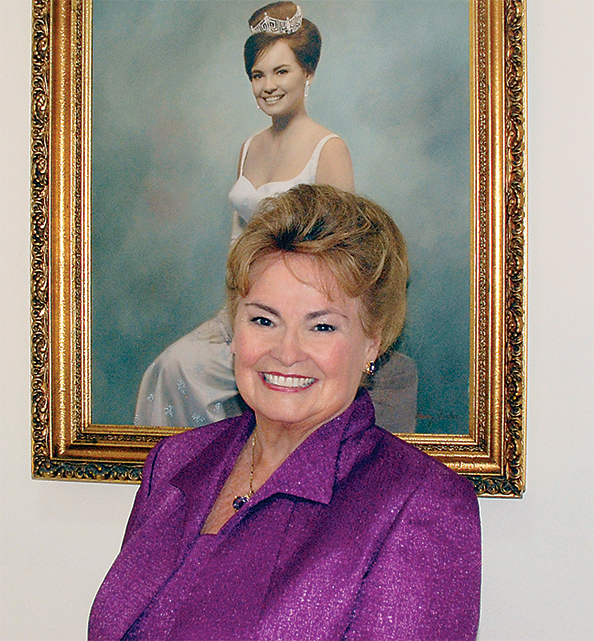 ● Vonda is the first Miss America pageant contestant to perform ventriloquism in the talent competition
● Vonda is unique among pageant winners in that she was, and still is, the only Miss America delegate who was also Miss Congeniality

Appeared on The Ed Sullivan Show, The Tonight Show with Johnny Carson, the Mike Douglas Show, The Kraft Music Hall. Vonda recorded 4 Albums, did television commercials, and toured with performers like Jack Benny.

During a performance at the international finals of a youth pageant in the early ’70s, Vonda met the future CEO of Pageantry magazine. While performing her ventriloquism routine, she brought a young Carl Dunn to the stage as a stand-in for her ventriloquist puppet. Throughout the routine, every time she squeezed his neck, Carl would open his mouth mimicking the puppet. Vonda and Carl fondly recall this memory each year during the Miss America pageant..

Vonda was the first Miss America to speak out about her Faith. Her final question during the pageant was: “We understand you carry your Bible as a good luck charm. Tell us about your religion.” She answered. “I don’t consider my Bible a good luck charm. I consider it the most important book I own, and wouldn’t consider my companionship with God as a religion, but as a Faith. I believe in God. I trust in God, and I pray that even tonight His will, will be done!”